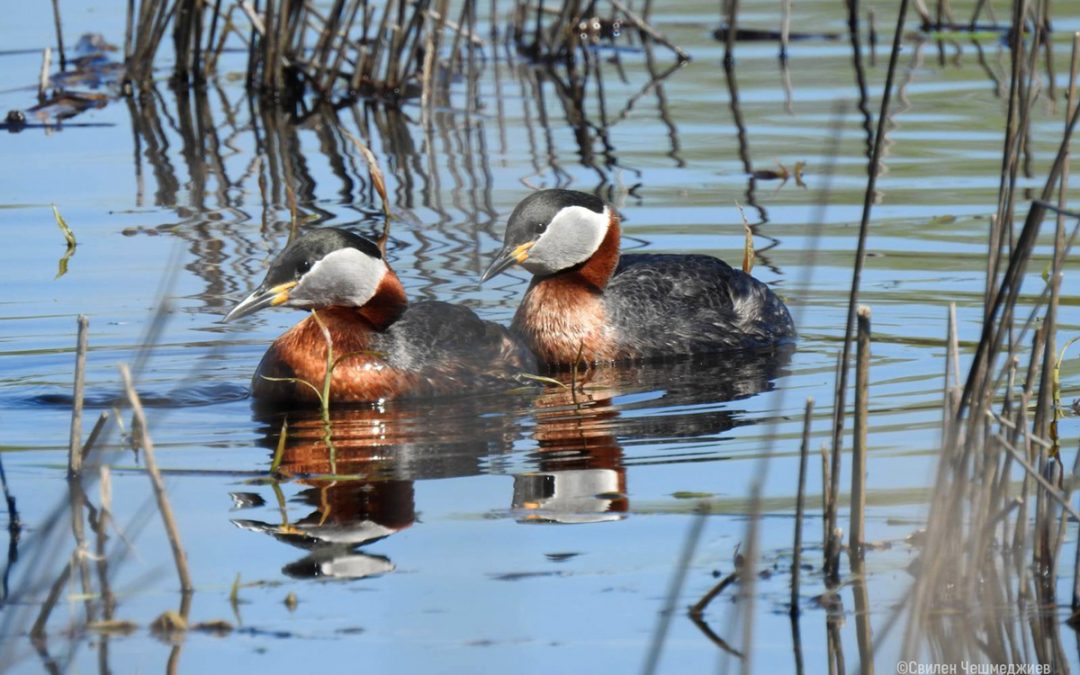 The Red-necked Grebe (Podiceps gisegena) was registered building nests and performing special displays in the Persinski Blata Reserve in April this year. The species is an extremely rare nesting species with a small population in Bulgaria. Its number is estimated at no more than 80 pairs. Currently, its population is concentrated mainly in wetlands along the Danube – the swamps of Persin Island, Kalimok-Brushlen Protected Area and Srebarna Lake. In the past, it was established as breeding in other sites such as the Burgas Lake, as well as in the Aldomirovsko Marsh, but in recent years, all known confirmed nesting sites are in Northern Bulgaria. The possibility the species to be found in suitable habitats like lakes, swamps, fishponds in a relatively advanced stage of succession and heavily overgrown with water fringe hygrophilous and hydrophytic vegetation should not be excluded. Look out for it when visiting wetlands. You may find the first nest in Southern Bulgaria in years.