Confirmed is the breeding of a new bird species for Bulgaria 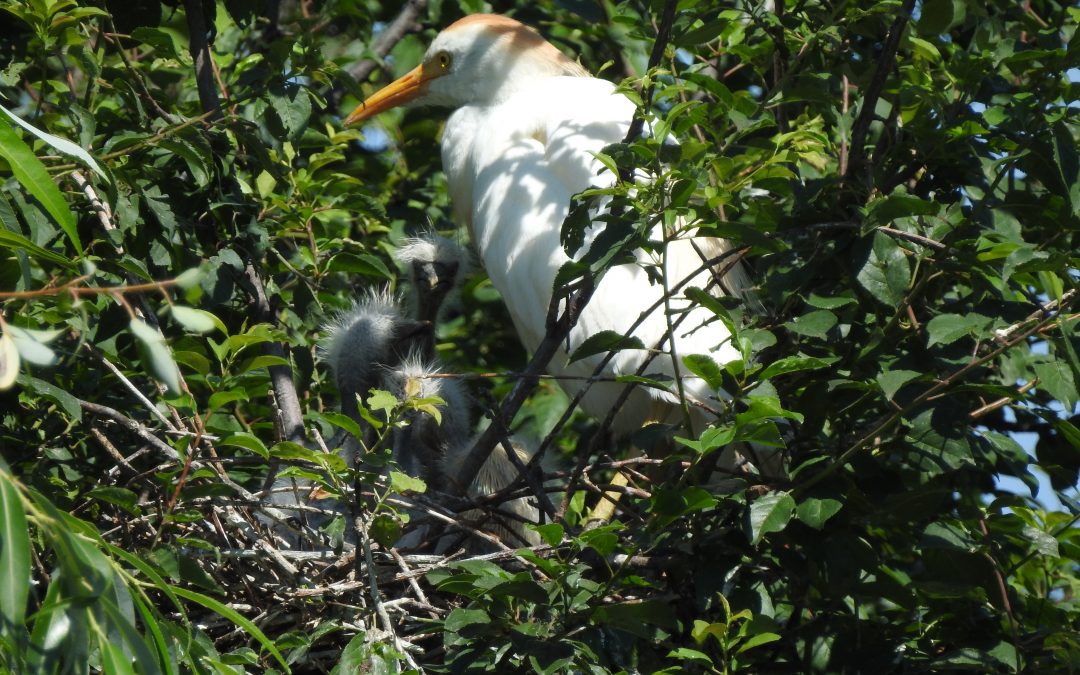 This is the first definite proof of the species’ nesting in Bulgaria. Several nesting attempts have been recorded with different degrees of reliability, but a nest with young has not yet been identified. Four birds have been observed landing with nesting material on May 12, 2011 in the mixed colony of herons in the Protected Area “Poda” (For the Birds issue 1, 2011).

The Cattle Egret feeds on insects, small rodents, amphibians and reptiles. Inhabits a variety of wetlands, pastures and meadows near them. It nests in trees, often in colonies with other species of herons. It lays between 4 and 5 eggs, having one offspring per year during the period April – June. So far, 36 observations have been registered in Bulgaria, most of them in the Burgas wetlands. In Southern Europe the species is permanently established, and in our country can be observed in spring and summer.