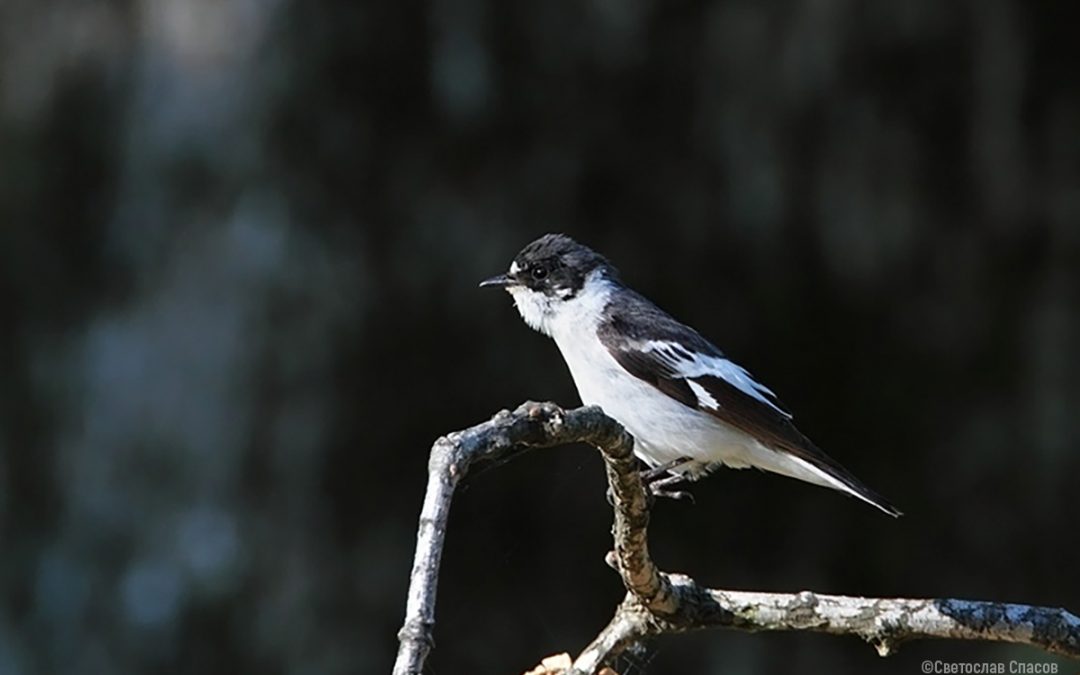 The described features are characteristic of adult males, and may vary in one-year-olds. The deep black colour in the flight feathers, identical with the colour of the upper side of the bird, indicates that it is an already fully mature male bird, whereas last year’s hatched birds are dark brown there. Non-typical males exist, with plumage similar to females, but the large white spot on the forehead distinguishes them from the latter. These males, as well as the females and the young birds of the three species, are difficult to be determined in the field and should be documented.

As with most forest birds, if you learn the songs of flycatchers, you shall find them easier, although their songs are relatively quiet, which may be the reason why they are easily missed among the numerous spring bird “chorus” in the forest. Look for them in old forests or those with hollow trees, wait longer, listening to their trills. When seeing “colourful” flycatchers of any sex and age, a more detailed examination of the bird is needed, and if there is any hesitation about its species, it is recommended to make audio, video or photo documentation. The Red-breasted Flycatcher can be found mainly in beech forests, including eastern beech, while Semicollared Flycatcher is often found in oak and riparian forests. If you are lucky enough to find the Collared Flycatcher or the European Pied Flycatcher during the breeding season, be sure to photograph them, this shall be an ornithological discovery that needs proof. Keep in mind, however, that all five species are not uncommon during migration and can be seen in a variety of habitats.